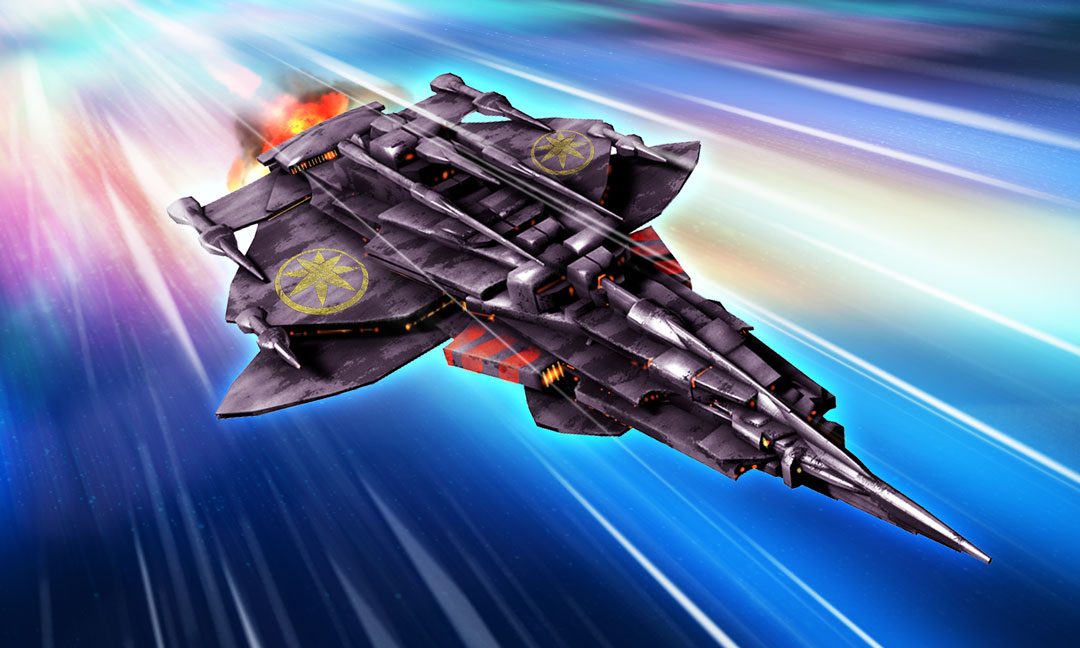 The entire game can change with just one card. That is the promise of most strategy card games, deckbuilding and otherwise. In this week’s Arena, you are going to get that one more card… every turn. Games this week are not at Warp 8, they are not at Warp 9… they are at Maximum Warp.

The Maximum Warp scenario rule is as simple as it gets.

At the start of each player’s turn, they draw a card.

We’re playing with the Colony Wars starter, along with United: Heroes. Trade decks begin with just 92 cards this week.

Technical Note: If your opponent makes you discard cards, you discard them at the start of your turn before the scenario rule takes effect. (In the physical version of the game, this does not come up as you do not wait to discard.)

Statistics: This week there are 18 cards in the trade deck that can get you out of a jam. There are six cards that are acquired directly to hand if you play a card of the same faction: Emperor’s Dreadnaught, Plasma Vent, Colony Seed Ship, and (three copies of) Warning Beacon. There are also the twelve hero cards that are acquired directly to play. 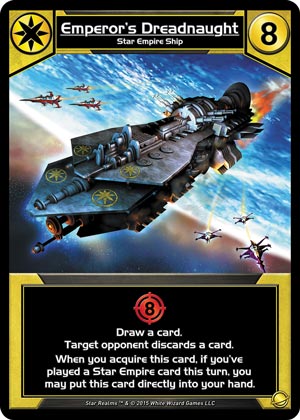 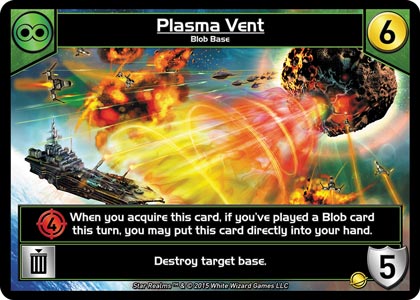 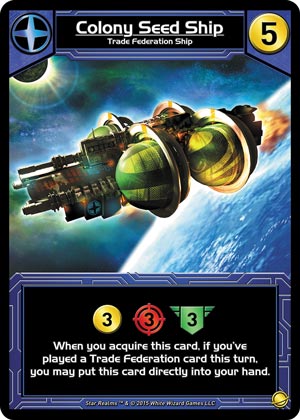 Once the game begins, there is about a 14% chance that the next card to appear in the trade row will be one of these cards. That is huge! Especially in the late-game, when one can purchase more cards than normal (due to the higher-than-normal trade in decks in the Colony Wars format).

Player two has the advantage this week.

Player one will start with 3 trade on average, due to their extra card. Player two will start with 5 trade. The difference between 4 and 5 trade is huge in this format, so that is an advantage for player two. Another advantage is that player two shuffles after their first turn, while player one does not.

Basic strategy works pretty well this week, with some adjustments.

Scrapping is slightly less useful than in most weeks. Scrapping in Colony Wars is less-powerful than in Core Set generally, but even more so this week because we are drawing extra cards. Because we draw more often, cards are in the discard pile for shorter periods of time than normal. Also, people are less-likely to purchase the Star Empire’s cards that force discarding. Add it all up and your Repair Bot (one of the commons in the format) will have fewer targets than normal. 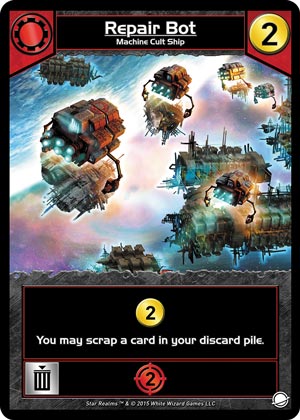 Ally triggers are more-likely to hit this week, due to the extra card. As I’ve said before, I strongly feel that the Blob’s ally triggers are bonkers, so they get a boost.

Most of my wins this week have come from a combination of scrapping and authority-gain. Many of the Trade Federation commons give a good amount of authority, and they also give good trade as well. Late game this week is just an accelerated version of most Colony Wars endgames — massive turns with tons of damage and destruction. I have found that the authority gain strategy forces my opponent to “go off” twice to win, instead of just once.

Heroes are usually worth buying, even off-color.

The pairing of these two sets this week does drive home the importance of getting early trade. Lots of great ships and bases, and now heroes too, that cost 5 trade or more. Don’t be shy about buying those heroes to stockpile for the One Big Turn this format can have. It is perfectly fine to purchase a hero that doesn’t match any card in your deck, because that likely means you are denying a key card for your opponent. 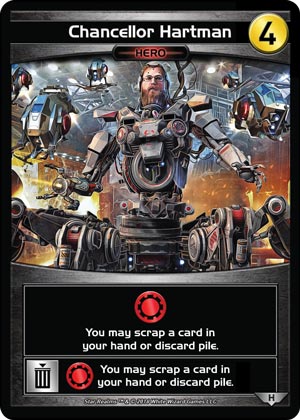 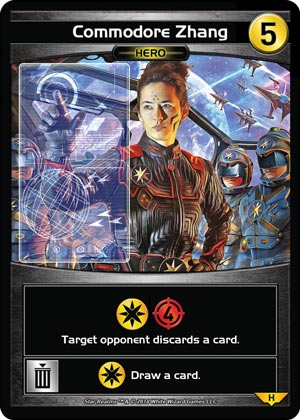 Relatively small article this week, because this format isn’t really that complicated. If you like really big wombo combo turns, this format is for you!

Good luck getting your stars this week.