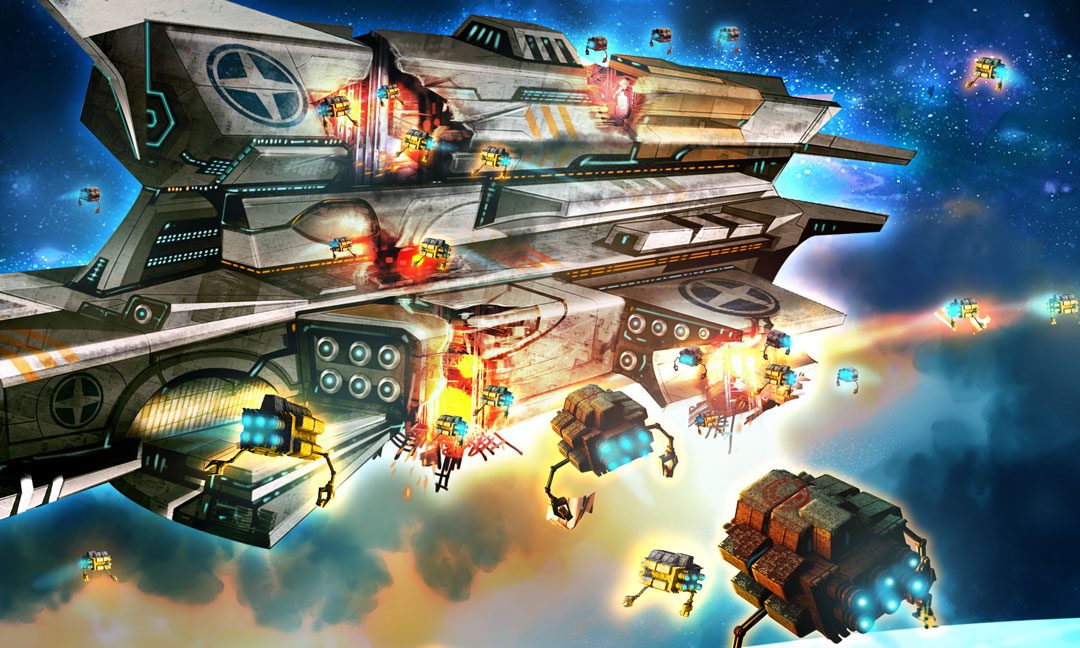 Sometimes, the Arena scenarios are simple and direct. Other times, they are complex and complicated. And the best times, in my opinion, they are a combination of the two. This week is one of those weeks.

Welcome to Emergency Repairs – a format that completely changes the game. This week is doubly-important: in addition to winning a foil for the week, this is the final chance you have to get to 25 stars for the season to win the “Command Challenge” and get a foil Command Ship. How can we accomplish that goal? 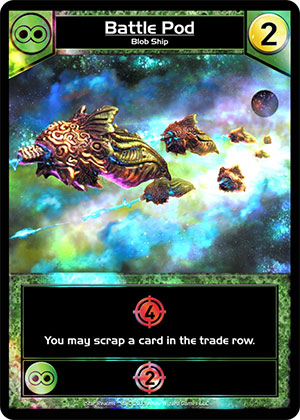 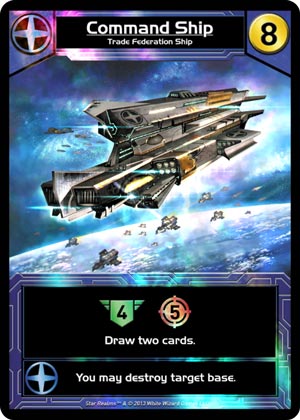 The scenario rule for Emergency Repairs gives you more control over your deck than any other scenario:

Once per turn, you may pay 1 trade to shuffle your discard pile into your personal deck.

We’re playing with both starters (Core Set and Colony Wars) along with both United Command and the newly-released United Assault sets. As a reminder, you don’t need to own a set to use it in the Arena so this is a good chance to play with the new cards if you don’t own them yet.

In most cases, a base of any given cost will be less-powerful than a ship at that same cost. This is true because bases have a chance to stay in play and provide their effect turn after turn, and the design of the cards reflect that. For example: If you could buy Freighter for 4 trade, or a base that provided 4 trade at the same cost, you would likely buy the base every single time.

In addition to being weaker pound-for-pound than ship counterparts at the same cost, there are also fewer cards that do interesting things with bases. Most cards that let you put a card on top of your deck, or allow your next purchase to go directly-to-hand, limit this ability to ships. This is, again, to minimize the game-warping effect a surviving base can provide.

This week’s scenario rule lets you fight against that. In the normal game, when your opponent destroys your base right after you shuffle your deck, you have to wait seemingly-forever to see that card again. Now, you can control that by using the scenario rule. By ensuring you get your bases back on a more-consistent basis (mind the pun), you can prolong the game and survive even the most aggressive of strategies.

This week, aggro is nearly impossible. Bases dominate games when there isn’t a viable aggro strategy, and this week is one of those weeks. You should go into the game expecting bases to play a large factor. 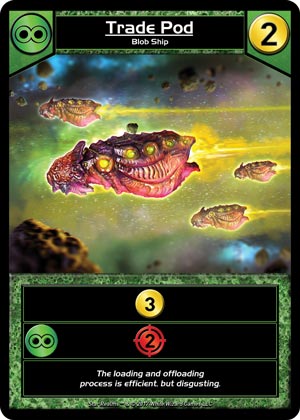 Because bases dominate, you have to craft a long-game strategy to win.

It is not good enough to just build something “good enough” this week. You should try to craft a strategy with a long-game in mind. You will likely buy trade-heavy ships more than normal this week. You will also see people attempt — and succeed — in reaching The Full Scrap. (Removing all ten starting cards from their personal deck.) It is also quite possible to win on the power of expensive, powerful cards rather than having a consistent deck throughout, because you can shuffle your power cards back into your deck the turn after you’ve played them (instead of waiting two to four turns for a shuffle to naturally occur).

With these sets, the Blob has the highest damage and most base-destroying abilities available to them. They also have one of the best early-game ships for this format: Trade Pod. You will see players begin the game by buying it, or another trade-generating ship (including Explorer) and then immediately shuffling their deck. This makes 6+ trade very likely for turn two, and can set up some explosive game starts. 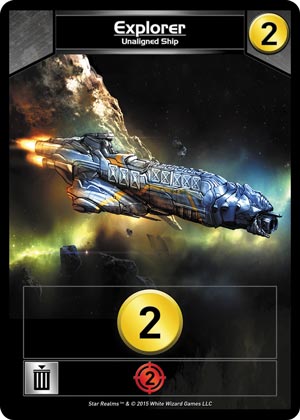 To shuffle or not to shuffle? Yes, that is the question.

There are three things to take into consideration before you use the scenario rule. The importance of each question changes throughout each game, which makes answering them a real challenge!

STEP TWO: Can you afford to shuffle? Especially in the early game, if there is a great card that costs 4 (Freighter or Bioformer, for two examples) on the trade row and you have exactly four trade in your hand, you’ve got to think long and hard before buying a mediocre card that costs 3. I’ve lost games because I got greedy with my desire to shuffle early and often. This relates to the next step…

STEP THREE: Is your next hand likely to have ally abilities that trigger, or to have enough trade to buy the most-expensive card in the trade row? If either of those things are true, you probably do not want to shuffle you deck even if your overall deck improves. Buying great cards will usually win you the game, and triggering ally abilities is usually the difference between a good turn and a great turn.

There is another consideration specific to the deck-scrapping strategy: you may want to trigger a shuffle more than otherwise, if only to ensure there will be a starter card in your discard pile as scrapping from discard pile is always better than scrapping from your hand. I’ve found this trick great to use between turns 10 and 16, right when you should be reaching the sweet-spot for deck efficiency.

Conclusion and Game of the Week

This format rewards crafting a late-game strategy, while being flexible enough to understand what your role is and how it shifts during the course of the game. Since the game takes longer than normal, and there are more decision-points than normal, this format rewards skillful players armed with experience and insight. Hopefully, this article has helped prepare you for the week ahead.

If you watch just one game this week, check out my game against Darklighter. I’ve clipped it on Twitch as my Game of the Week. If you’d like to watch me almost win, twice, you can see my first run part one and part two, or you can watch the thrilling second run.

As always, good luck in the Arena!