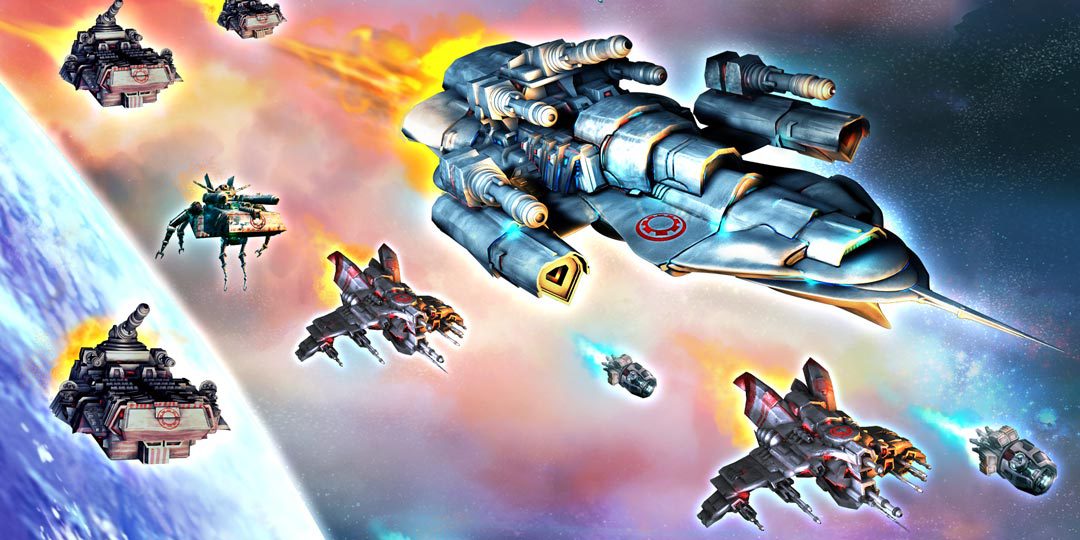 Some arena formats are wacky and fun. They have events, or put bases on top of your deck when you purchase them, or scrap cards every turn. Last week I thought we had a Punch/Counterpunch format, where you were purchasing for the next turn instead of the next shuffle. This week, once again, we have a completely new format. One that rewards thinking for the very, very, very long term. 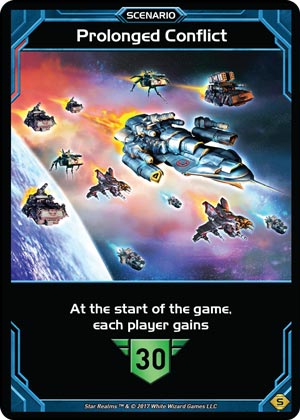 This week we are playing with Colony Wars and all of the Gambits. I’ve spent a ton of time playing with Colony Wars, but the extra authority makes the game completely different. You aren’t just adding a turn or two at the end of the game — entire archetypes are repositioned. Before we get into general strategies, we need to examine the Gambits and the average game length. Everything is different now, and more rewarding of skill, because the games run longer.

In my nine games so far this week, games averaged 29.1 turns. This is 10 full turns — five per player — more than my average game! This means you’ll shuffle your deck twice more than your normal game, on average.

Games also take longer than normal, in terms of seconds spent per turn. Because there are so many more decisions than regular games, due to the Gambits and the Colony Wars direct-to-hand cards, things are taking longer. (Some people have complained about this on the Star Realms fan page — I’m fine with longer games, but it is something to keep in mind before you jump in this week.)

Gambits are the sort of card type that people tend to either really like or really dislike. The people that dislike them say that they aren’t fair – that some are better than others and can lead to an unfair early advantage. Maybe that’s true sometimes, but it doesn’t happen too often… but thanks to the extra 30 authority, any unfair early advantage is mitigated by the length of the games. 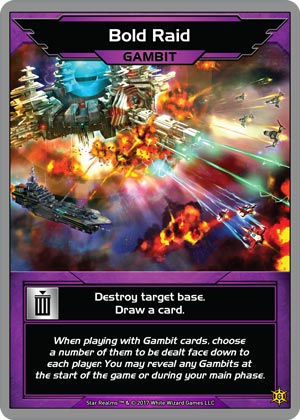 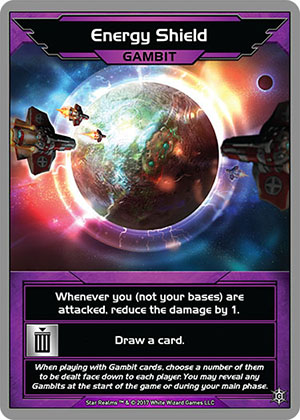 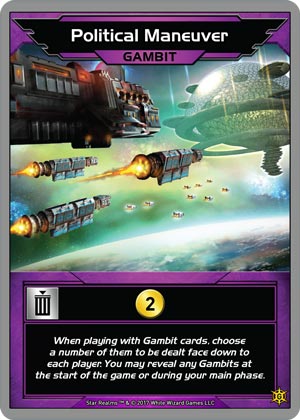 The power level of most Gambit cards have changed because of the increased game length. Here is my view on all of them:

Longer Games? There Will Be Bombs.

Because games are longer, and because the trade deck is as small as it can be (80 cards from a starter and no expansions), the trade deck variance is decreased. You are going to see a larger percentage of the deck than normal — especially with the five Blob cards that scrap from the trade row in the mix. I was seeing between 30 and 50 cards in the trade row each game, and that is much higher than normal.

You are nearly certain to see several “rares” in your games this week. These are the cards that appear only once in the deck – they have a gold expansion icon in the lower-right corner. They are all extremely expensive, but usually game-winners. The rares in Blob and Star Empire are both more-likely to end games than the other factions; Trade Federation has large bases that enable combos, and the Machine Cult’s rares shine when you have other scrapping cards already in the deck. But in any event, you are going to need several of these high-end cards to win.

In order to get these cards, you need trade. There are several cards in this set that give 3 trade – and I view them as required to make this strategy work. Every faction can do it. In this chart I list the cards and the number of copies in the deck:

The Three Decks of The Format: The Full Scrap, Discard Lockdown, and Big Stuff

As you can see from the chart, Blob and Trade Federation are the ways to go for big trade. As it happens, almost all of my wins so far came from drafting those two colors. I call this deck Big Stuff for obvious reasons. Trade Federation gives you the trade you need to buy the most-expensive cards, as well as the bases and authority-gain to stall the game long enough to pull your deck together. (Yes, even starting at 80 authority, you might want to gain more!)

Scrapping all ten starting cards usually results in a win in the normal game, but it isn’t likely because of the speed of the game. You don’t usually need to scrap all ten to win anyways. In this format, you can scrap all ten! The Full Scrap is very, very satisfying. I’ve won both times I’ve achieve this during my runs so far.

The third method I’ve seen work is Discard Lockdown, something I described for an arena a few weeks ago. If you can make your opponent discard 3 cards in a turn, you are doing well. Making them discard 4 or even 5 is possible thanks to the many discard cards the Star Empire has in this format. 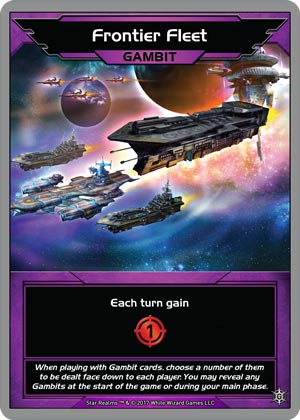 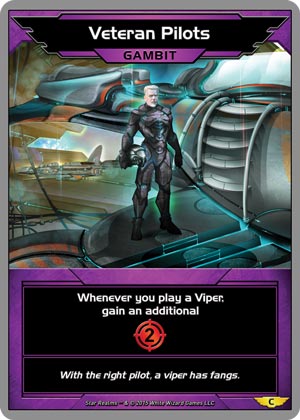 I’ll mention Full Aggro as well, but you need a very specific set of circumstances to make this worth it. You need both of the aggro Gambits (Frontier Fleet and Veteran Pilots), as well as the Blob trade row-scrapping cards to deny your opponent both authority-gain and high-defense bases. You also need scrapping to remove the Scouts from your deck. If you can pull most or all of that off, you will steal a victory. I just wouldn’t advise it.

I started this week with four wins, but ran into some trouble. I am 4-2, 1-2 in my two runs so far this week, but I’ve taken many lessons watching and learning. I’m confident I’ll get there before the week is over. As I’ve said before, I hope you can learn from my mistakes and get your wins. Good luck in the arena!