This guest post was written by Remy Gibson. Remy (Star Realms username: Aweberman) is an avid board game player living in the Midwestern U.S.  He first learned about Star Realms in a super-secret press release several months prior to the Kickstarter of the game in 2013 (when he was host of Dice Tower News), then was one of the first to support the project when it launched.  After the iOS release of the app, he participated in an early tournament on BoardGameGeek, finishing third, after which he asked the fateful question: “So, when is somebody going to start a league?” … a question he answered himself by launching the BGG Star Realms League, which began its 17th season in May with a roster of 252 players.  When not administering the sprawling league, he does try to get in some games in the app, taking turns in between loops of his mail route and always trying to get that beautiful effect where his opponent must “discard 5 cards.” 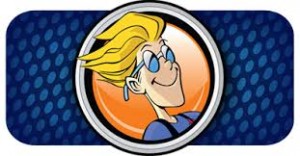 ardGameGeek Star Realms League is essentially a series of simultaneous round-robin tournaments.  It has been subdivided into multiple divisions which are layered in a pyramidal structure.  The top division is the Platinum Tier; then there are two divisions in the Gold Tier, four in the Silver Tier, up to eight in the Bronze Tier, and up to sixteen in the Iron Tier.  Players who perform well in one season are promoted into the next tier for the following season; players who perform poorly are relegated into a lower tier.

The intent of this arrangement is to allow better players to face increasingly difficult competition while players of a more moderate skill level can still settle into a position relative to their skill.  Ultimately, this makes the league competitive for all players.

Each season lasts about four weeks, after which the champions of each division converge in a “tier championship”, the winner of which receives a prize generously provided by Wise Wizard Games.  These include promotional cards, small expansions (Gambits, Crisis), and various other items.

If you wish to play, navigate to the waiting list on BoardGameGeek (https://boardgamegeek.com/thread/1318602), create an account (if necessary), and make a post that provides the following information:

– whether you wish to be contacted by BGG message or email (and, if the latter, message the league commissioner — Aweberman — within BGG to provide your address)

The league has been going strong now for over a year and a half.  Season 17 is just starting, and there’s always room for more players!”