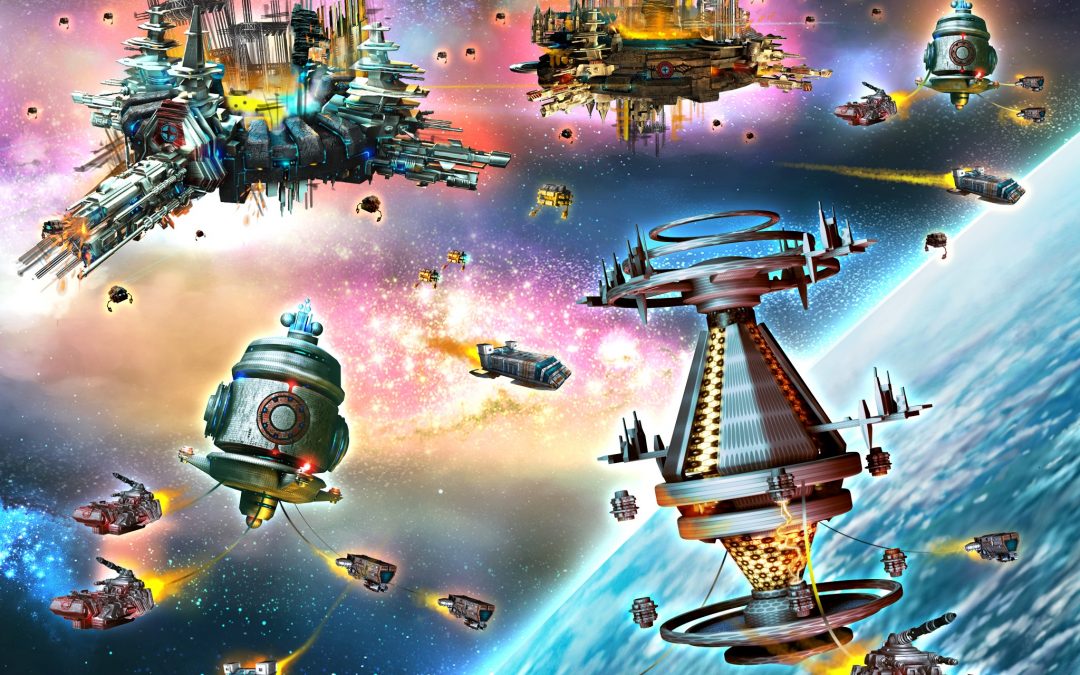 We are very happy to announce Star Realms: Scenarios! The latest expansion pack for the award-winning Star Realms Deckbuilding Game.

When we designed the campaigns for the Star Realms Digital App, we were able to concoct some wacky, challenging, and fun stipulations with which players had to deal. We have had many requests to somehow get these into the cardboard rectangles version of Star Realms. We can’t say just yet when they will be out. We know you hate it when we say Summer/Fall so we’re not saying that, but we want to.

We’ll be spoiling more of the cards closer to the day, but for now, here’s one to whet your appetite. 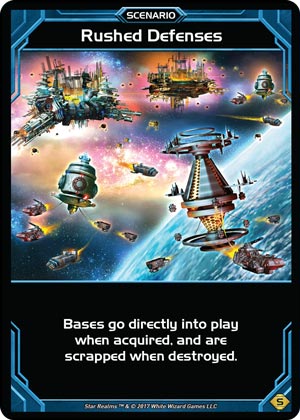 The basic rule for Scenarios is simple: Shuffle the Scenario cards, flip one over, and that’s the rule affecting both players for this game. 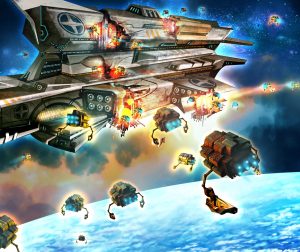 Easy enough, right? But Scenarios are also incredibly easy to customize, and you can play with them a number of different ways. Here are some suggestions. We’d love to hear yours!

First here are some alternate ways to pick a scenario to play:

Anything But That
Deal face up one more scenario cards then their are players in the game. Randomly determine a player to choose first, and they choose a Scenario to remove. Go around the table, each player removing one Scenario card. When all players have chosen one to remove, the remaining scenario is the one you will be playing.

Dealers Choice
Randomly choose a player to be the “Dealer”. The other player (or another player at random in a multi-player game) will choose who goes first.
The Dealer flips over 3 scenario cards and chooses which to play. 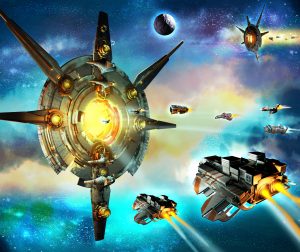 Best of Series
Play a best 2 out of 3 game series using Scenario cards!
Shuffle and deal 3 scenario cards face down. Reveal the first Scenario card and play a game under that scenario. Repeat with the remaining scenarios. When a player wins a scenario they collect the card. The first player to collect 2 Scenario cards wins the series! (this can also be done with any odd number, Best 3 out of 5, best 4 out of 7, etc.)
.
Doubling
For this format you will need an object to represent the Doubling Token.
Shuffle the Scenario cards.
Flip one face up and play a game using that Scenario.
At any point during the game, either player may announce they are doubling. When this is done, the other player must immediately either accept the double or concede the game.
If they accept, they get the Doubling Token, and then the next card off the Scenario deck is set aside (face down).
From then on, only the player with the Doubling Token may announce they are doubling. The next time there is a doubling, the next 2 Scenario cards are set aside. The time after that the next 4, the time after that, the next 8. If there aren’t enough Scenario cards left to support a doubling, just add all the remaining Scenario cards to the set aside area.
The player who wins the game collects the Scenario card you were playing with, and all the Scenario cards that were set aside by doubling.
Keep playing games until one player has 11 or more Scenario Cards. That player is the winner.
.
Scenario Draft
Play a Best of Series, but each game flip over 2 Scenario cards and one player gets to chose which of those two Scenarios to play (the other player choose who will play first).
For the first game determine at random which player will get to choose, then alternate choice in later games.
.
Quadrant
This format will take 4-20 games to complete. Each player will need 10 distinct counters. One player could use pennies and the other dimes for example.
Shuffle the Scenario Cards and lay them out in a 4 x 5 grid, face up.
Randomly select a player to choose a scenario card. Play that scenario. The player who wins flips that scenario card face down (leaving it in the grid) and puts one of their counters on it.
Continue playing games alternating which player choose the scenario card.
The first player who has a counter on each card in a 2×2 square wins!
If all cards have a counter on them without either player capturing a 2×2 square, the player with counters on the most cards wins.
Optional rule: Lay out the grid face down so players don’t know what Scenario they are choosing.
.

Three in a Row
Same as Quadrant, but the first player to get counters on 3 cards in a row (horizontal, vertical, or diagonal) wins.
.
Tic-Tac-Toe
Same a Three in a Row, but starting grid is 3×3 (using 9 cards). 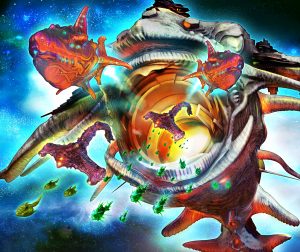