New Reykjavik was designed to be much larger than it currently appeared. Named for a national capital city back on Earth, the designation was almost comically inappropriate when applied to a small farming community of 80 people. 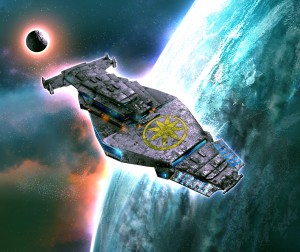 At this precise moment, about a third of the population of New Reykjavik was watching a ship land. An Imperial ship did not visit often, and precious little passed for entertainment on New Reykjavik. The ship landed, kicked up some dust, and scared a cow.

A man emerged. He was dressed as an Imperial Steward, and was obviously the manager for one of the noble houses of the Star Empire. All eyes turned to Osvaldo, the Crop Tiller. Osvaldo sighed and walked forward to meet the visitor.

“I bid you greeting,” said Osvaldo, “I ask your business on New Reykjavik.”

The dirty hand he offered was examined and quickly ignored. “My name is Nyder,” said the visitor. “I represent the house of Imperial Duke Bryan Delahunty.”

Osvaldo nodded. This was expected. “Please, follow me,” he said.

The two men walked into one of the three structures that made up the town center. Colony Seed ships, since upturned, and designed to be converted to Earthlike buildings. They were ugly-but-functional splats on the landscape.

“Where is your constable?” asked Nyder.

“I am the constable,” said Osvaldo. “When required of me. Otherwise I am to be found in the field.”

“Then…where is your prisoner?” Nyder’s voice rose just enough to suggest agitation, but he was a professional, and his control was total. Osvaldo looked barely nineteen, because he was.

Osvaldo led Nyder into an office, and keyed in a quick sequence on a panel next to a door, which slid open to reveal the angry face of Cherise McCain Delahunty.

“What is the meaning of this?” said Nyder. “Where is your jail?”

“We have no jail, sir.” Osvaldo said in the casual way that young farmhands spoke. “We didn’t expect to ever have prisoners.”

“So you kept the daughter of an Imperial Duke handcuffed in a closet?”

Osvaldo started as he remembered the handcuffs. “My apologies, Mr Nyder. She kept escaping.” He quickly located the key and freed Cherise from the crude manacles, which were most likely fashioned from tractor parts.

“I was trying to escape before he got here,” said Cherise, as she rubbed her wrists. “I suppose father is furious, and you’ve come to make sure I don’t embarrass the family further?

Nyder sighed. This was a song to which they had danced many times. “Yes…I am here to retrieve you.”

“My…apologies…sir,” said the young constable. “The prisoner is awaiting retrieval from Imperial Containment. She was caught stealing Magenta. And she has warrants for similar things on other worlds.”

“I was lost, that’s all,” said Cherise. “Why would I steal Magenta? My family is rich.”

Osvaldo had no answer. Magenta was the nickname given to the curious red crystals that powered generators and engines. They weren’t all that scarce, though they also weren’t free. They were at least cheap enough that a family such as the Delahuntys should not want for them.

Cherise smiled inwardly. With that respectful tone, she could tell that Osvaldo’s resolve was starting to break down. 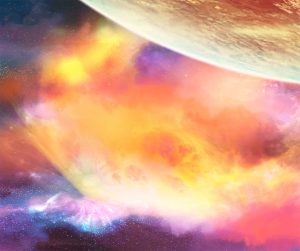 Nyder spoke up. “Well obviously, this young man is doing his clear duty to the Empire. But I wonder if he would be open to a potential…arrangement?”

“I don’t understand.” Osvaldo was young enough that he probably didn’t experience much innuendo.

“The House of Delahunty would prefer to avoid scandal if possible.”

Osvaldo cocked his head. He didn’t really understand the notion of “scandal”. He had read that it was once a thing on Earth, back in the 19th century, but he didn’t understand why it was a thing. In those days, almost anything was a scandal. Leaving your hat at the bank, or frowning at a portrait of the King. He wasn’t sure what Nyder was getting at.

Nyder took this confusion in stride. “If you release Ms Delahunty to my care, the Imperial Duke will be very grateful. And the Imperial Duke is currently in possession of a matter replicator, which he plans to donate to a deserving colony to show his gratitude.

It took almost a full minute, but eventually Osvaldo understood.

“Do you need the handcuffs?” he asked.

Nyder looked at Cherise. “Do we need the handcuffs?”

Cherise snorted and walked out into the sunlight. Nyder gave Osvaldo a curt nod, and walked after his new charge. 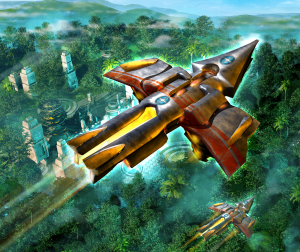 “How do you keep a straight face?” she asked.

“I didn’t want to end up handcuffed in a closet with you.”

“You should be so lcky. Where’s Leo?”

“I’m not saying Leondegrance every time.”

Nyder frowned. “You stole a ship. I had to rename it something. I gave it a sense of class.”

Nyder frowned even more, which was weird, given the layout of his face.

“Your ship is with the rest. We’re currently hiding in an asteroid field not far from here. What did you find out?” Nyder asked as he removed his disguise. The wig slid off easily, revealing the metal skullplate of a Machine Cultist. Xavier Nyder had left the Cult years ago, but the infused metal tended to make people nervous.

Cherise leaned back in her flight chair. “Not much. I needed Magenta to trade for information. If I bought it, Dad would find me, and I figured a small farming community would have zero security.”

“They do. While they were dealing with you, we snuck into their storage and took what we could”

“And you left me there?”

Nyder shrugged. “You needed to learn your lesson. Next time, don’t get caught.”

Cherise hit him harder this time. “Set course for Pantheon Station. My contact is there.”

Cherise nodded. “It’s out there. I’ll find it.” 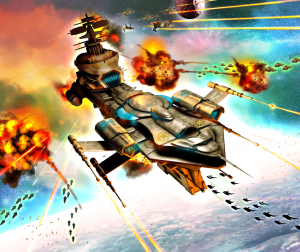 Several light years away, Commodore Liana Zhang was putting her new ship through its paces. Nowadays, she was Lead Tactical Advisor to Admiral Rasmusson, but she missed being a pilot. Zhang took an opportunity to order the duty pilot aside as she took the controls, and put the ship into a low orbit.

“The engine kicks a little,” she said to the very uncomfortably nervous pilot that she had displaced. “This thing has power. Maybe too much.”

The hapless crewman wasn’t sure if he should point out the auxiliary dampeners, but ultimately decided that the information, while accurate, would be less than welcome. Commodore Zhang was unwinding, and facts would just get in the way. 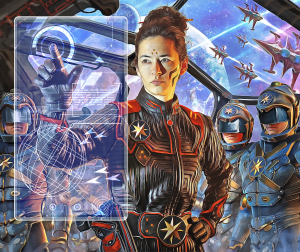 However, the burdens of command cannot be ignored for long, and within a few minutes, a young ensign has brought Liana Zhang her daily reports. The Commodore gave the controls back to the pilot and read through the tactical summaries.

“The Trade Federation is attempting a blockade of Morgana,” she said to her Second Officer, a grizzled ex-captain named Raintree.

“Torres must be planning something,” he said. As usual, Raintree’s analysis was spot on, but basically useless.

“I’m seeing increased activity in Vanagandr, Mawson, and Hadra as well. I think the blockade can wait for now.”

“Set course for Mawson, but keep an eye on Hadra traffic. I want to know if we lose contact with any ships. I think the Gray Guard has set up a base there, but we’ll know for sure soon.”

Raintree gave a curt grunt and marched off. Zhang wasn’t sure if Raintree liked her, but she didn’t care. The man did his job, and reliability was the only trait that mattered. 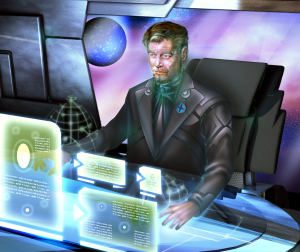 Back on Earth, hidden in an impossibly high tower block, CEO Yuriana Torres was engaged in her favorite pastime; terrifying an underling.

“When will the base be finished?”

Chairman Haygan consulted his notes with an efficiency that Yuriana Torres found comforting. “There was some problem with the shielding that caused a small delay. Current estimation is six Earth days.”

“The weapon is already under construction. We are estimating fifteen days.”

Yuri nodded and closed the encrypted communication. Haygan vanished from her screen, banished once again to the secrecy of the hidden fortress where she left him. He was a good man, and reliable. Yuri wished she could be there herself to oversee the project, but her expertise was needed elsewhere. If the Star Empire ever figured out what she was up to, the Morgana blockade could be the difference between success and ruin.

The weapon would work. Her power would be unquestioned. 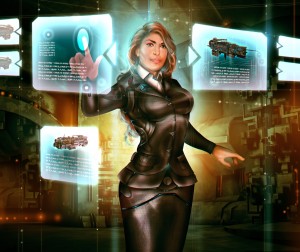