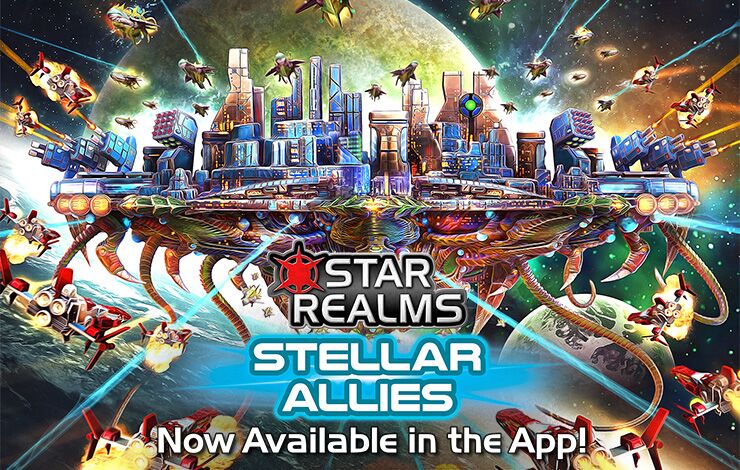 Including all-new multi-faction ships and bases from the Blob/Trade Federation and Star Empire/Machine Cult faction pairs.

It also includes a new campaign chapter with six brand new missions and has modifications to the interaction of multi-faction cards and Missions! 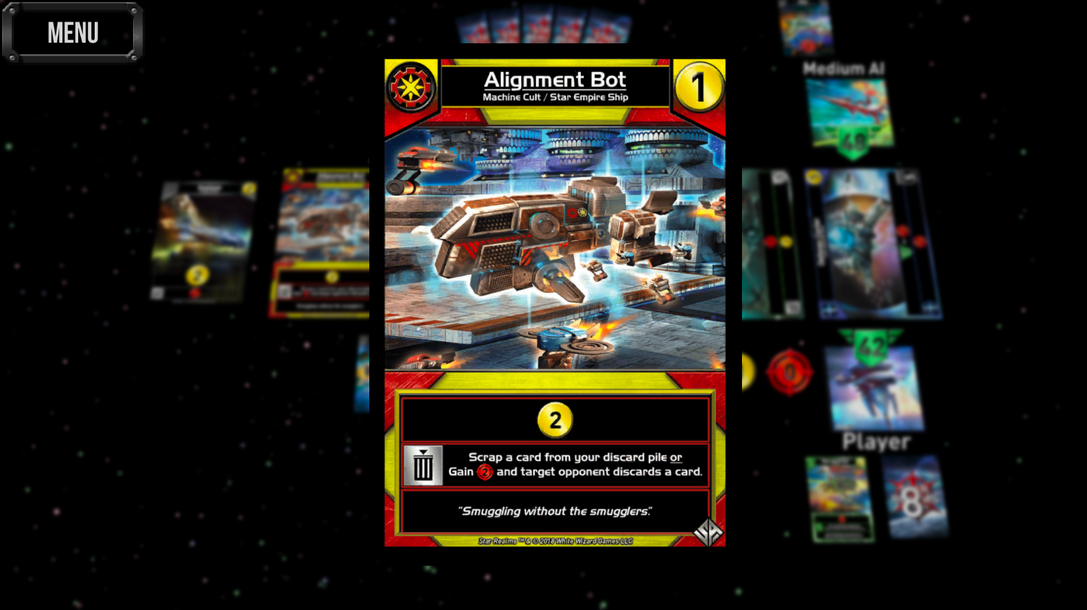 It also includes a new campaign chapter with six brand new missions and has modifications to the interaction of multi-faction cards and Missions!

We’re also updating some of the behind-the-scenes technology, so once you install the update, you will no longer see any of your old games. It is super important to finish any games you are currently playing so that they are not lost after the update!

To purchase the Stellar Allies expansion, make sure you have the latest version of the Star Realms app, then go to the “store” from the Star Realms app’s main menu. Scroll to the bottom, and you should see the new expansion. If you don’t, you probably still have to update your app!  (How to update your app depends on your device type, but if you have any trouble, just email [email protected] and we’ll help you out) 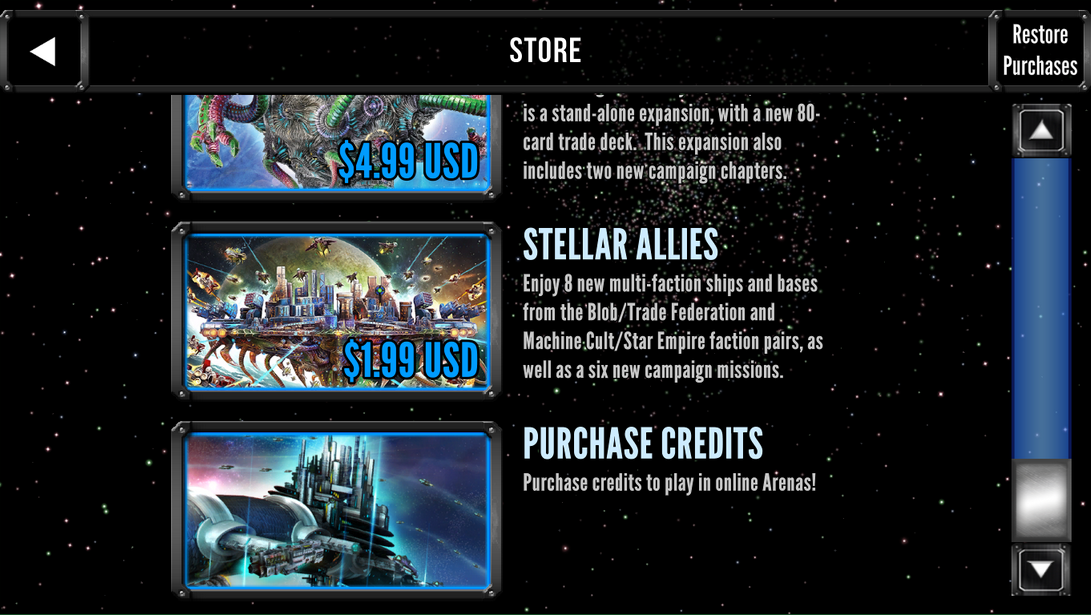 If you have any more questions, you can contact us at [email protected] and we’ll be able to help you!