We recently published our event schedule for the rest of 2016, and Origins is happening next week! We would love to see all of you there. If you are already planning to be at Origins Game Fair, or likely to hop on a plane spontaneously, definitely stop by our booth and sign-up for our awesome events. Origins will take place next week, June 15th-19th, in Columbus, Ohio. We have fun, casual events running every day throughout the day, and we also have some very exciting competitive tournaments! 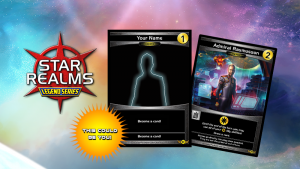 Would you like to become a character in the Star Realms universe? Sign up and compete in our Legend Series tournament which is happening on Saturday, June 18th at 4 pm. 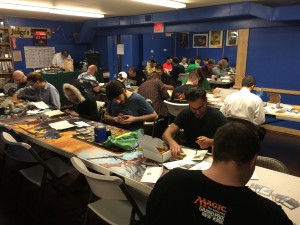 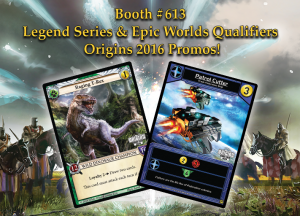 Visit us at Booth #613 to demo our games and get our exclusive Origins promo cards for both Epic Card Game and Star Realms. You may even be able to get a sneak peak at our newest game, Hero Realms, a fantasy-themed deckbuilding game, which will be on Kickstarter very soon!  Can’t make it to Ohio? Look for contests on our social media accounts for the chance to win an Origins promo card online.

If you can’t make it to Origins, we also created pages on how to run a casual Star Realms event, how to run an Epic casual tournament, and how to apply to have an Epic Qualifier at your local game store “Road to Worlds”.