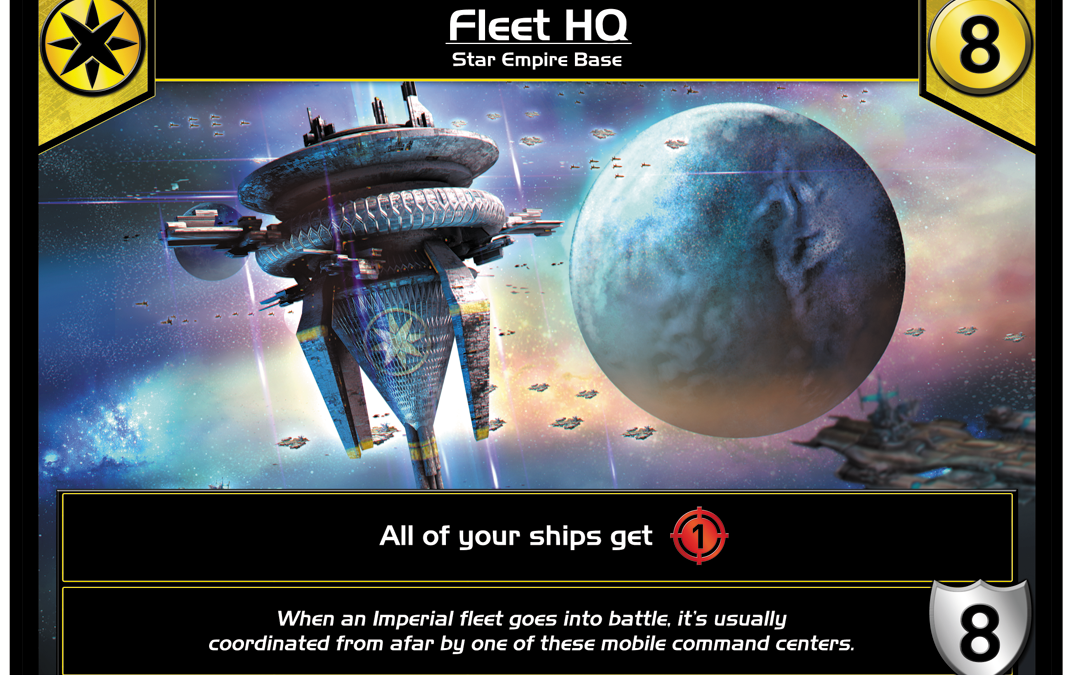 Today is the last day of Star Empire preview week, and it makes sense that we’ve saved the best for last. These final two cards are the true heavy-hitters of the Empire, massive weapons of destructive potential sure to make even the most battle-seasoned space pirate turn tail and run. What better example of this than the Dreadnaught? 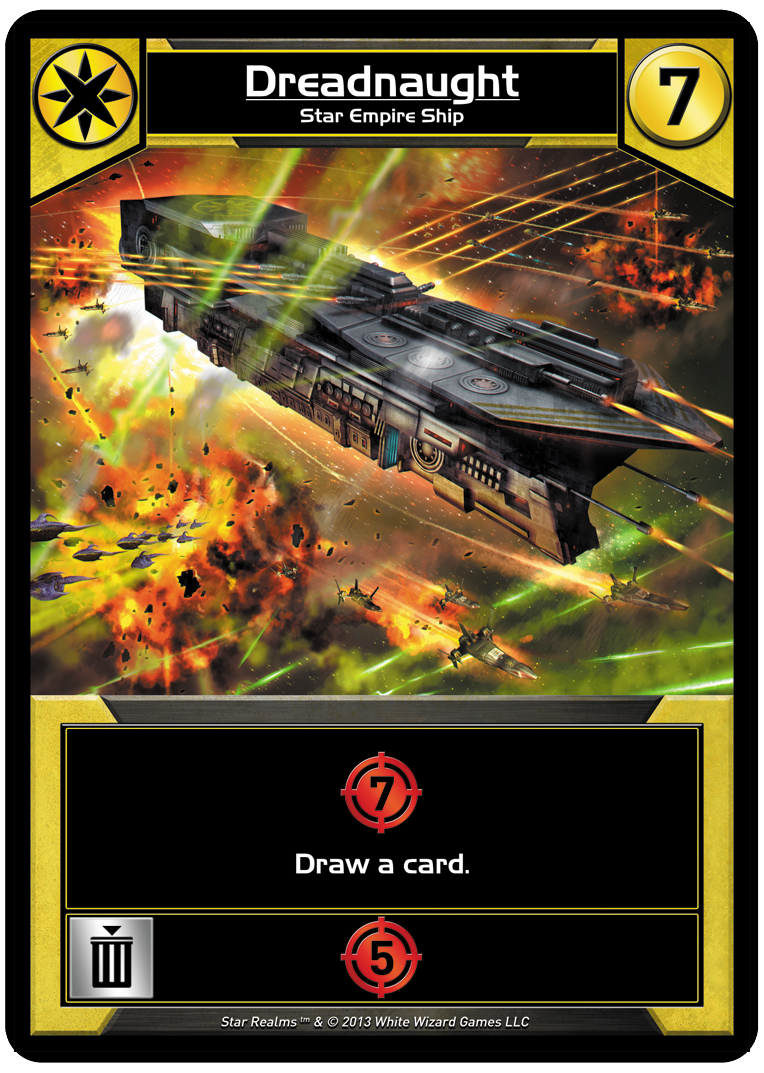 There’s really very little you can say about this massive cruiser, other than “stay out of its cross-hairs”! With 7 Combat and a card draw, this ship immediately deals a devastating blow to the opponent’s defenses, while summoning additional firepower from the top of the deck. And if your opponent has been careless enough to let their Authority dwindle down to below 12, the scrap ability piles another 5 Combat on top, a beautiful act of noble self-sacrifice from the Dreadnaught’s valiant crew winning glory for the Empire. Let me stress that 7 Combat is huge, big enough not just to leave your opponent hurting, but also to destroy every base in the game. Well… every base except for one: 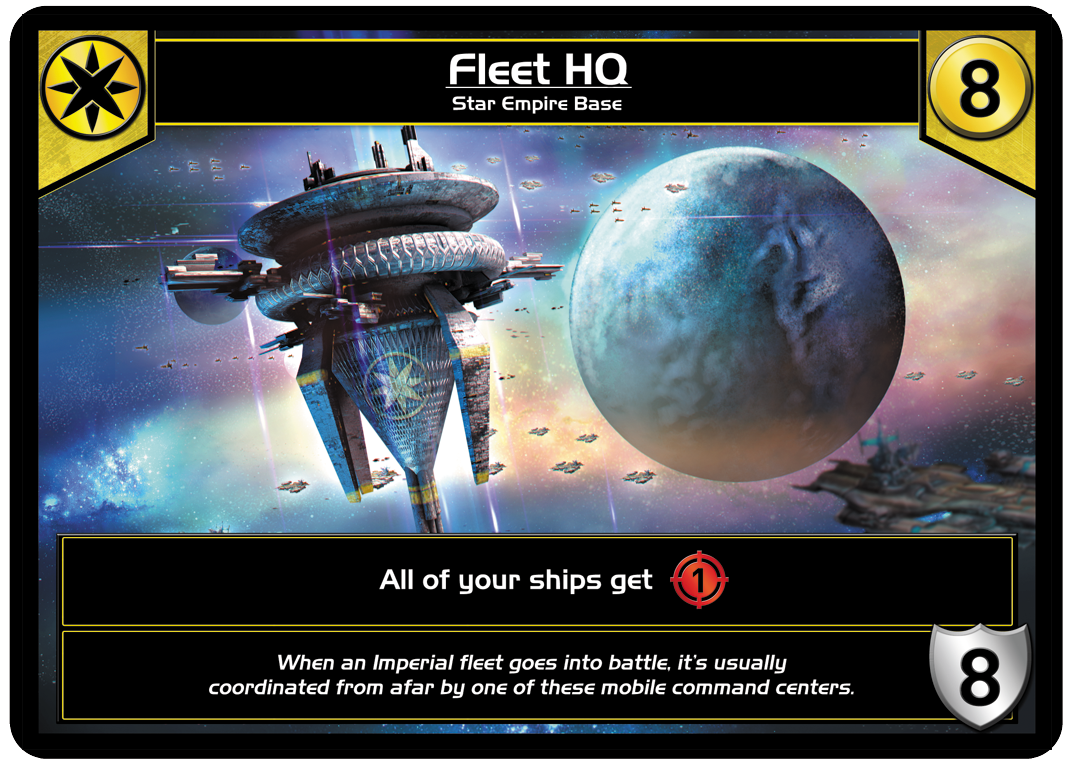 It seems fitting that the Star Empire would be home to the only 8 Defense base in the game, Fleet HQ being the only faction homeworld which will never fall victim to a Dreadnaught attack (it also has some of the best art in the game, which is why we chose it for the Kickstarter playmat!). The homeworld bases are all very expensive, and very powerful, with the Star Empire’s home base definitely standing out. With each ship you play generating an additional point of Combat, you can expect this base to generate an extra 4-5 damage each turn at a minimum. Of course, that’s only if you haven’t invested in the Empire’s many cantripping options like Survey Ship & Corvette, letting you draw out more ships from your deck and maximize the HQ’s Combat potential!

Obviously opponents will want to take this base out as soon as possible, but remember, the Star Empire is rich with Outposts. Even if your opponent manages to put together the 8 Combat needed to take out this fortress, they’ll first need to punch through a stack of Space Stations, War Worlds and Royal Redoubts! Once your Fleet HQ is on the table, the game’s tempo changes dramatically, so if you can manage to summon up 8 Trade, think twice before letting this beauty slip past!

Well, that’s it for the Star Empire previews. Again, its time for you guys to tell us which faction you’d like to see next. Please vote below!