So much exciting news to share, including our new e-commerce store featuring Colony Wars and Cosmic Gambit in time for the holidays, Star Realms on Steam Greenlight, new features and expansions. We hope you enjoy this merry season, and when you need a break from the festivities, get online and kick some butt on Star Realms! We’ve been experiencing some serious Star Realms addiction going on here at our office, so you might just get randomly paired with Darwin or Rob, creators of Star Realms :).

As we add new expansions and options for digital play, we want to make sure that you can always quickly find an opponent to play Star Realms. We are excited to announce the new Quick Match feature that is now available in the latest update. Read more about features and expansions on the Star Realms blog. 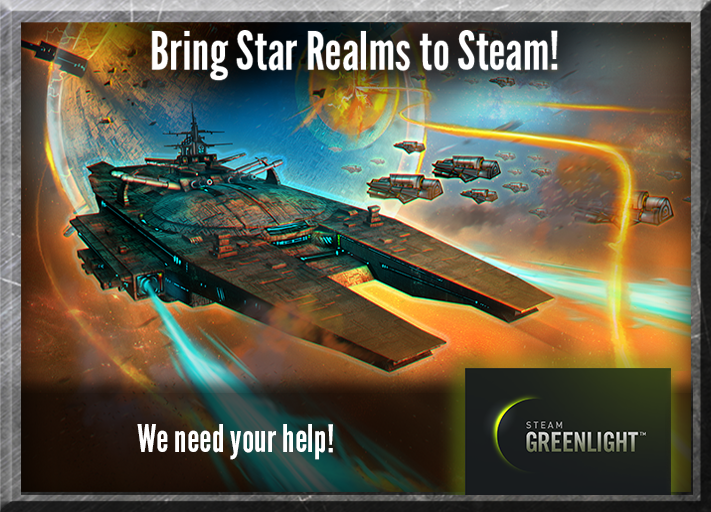 Many have asked us to add support for the Steam platform for desktop play, and we are finally able to support it. But only with your help! Our game will only join the Steam platform if many of you go to the Star Realms Greenlight page and vote Yes for it. Since Star Realms supports cross-platform multiplayer, more users through Steam means more players to play against online any time, any day, in any format you choose.

Darwin, Rob, and the rest of Wise Wizard Games really appreciate your support in helping to bring Star Realms to an additional community of gamers. Please click here.

Not on Steam? You can still help get more players by taking a few minutes to review the Star Realms app on your platform. Games with more positive reviews for each new update get more downloads. Review Star Realms now if you love our game and want to help spread the word!

A new digital expansion will be coming out in early 2016 – Crisis: Events! 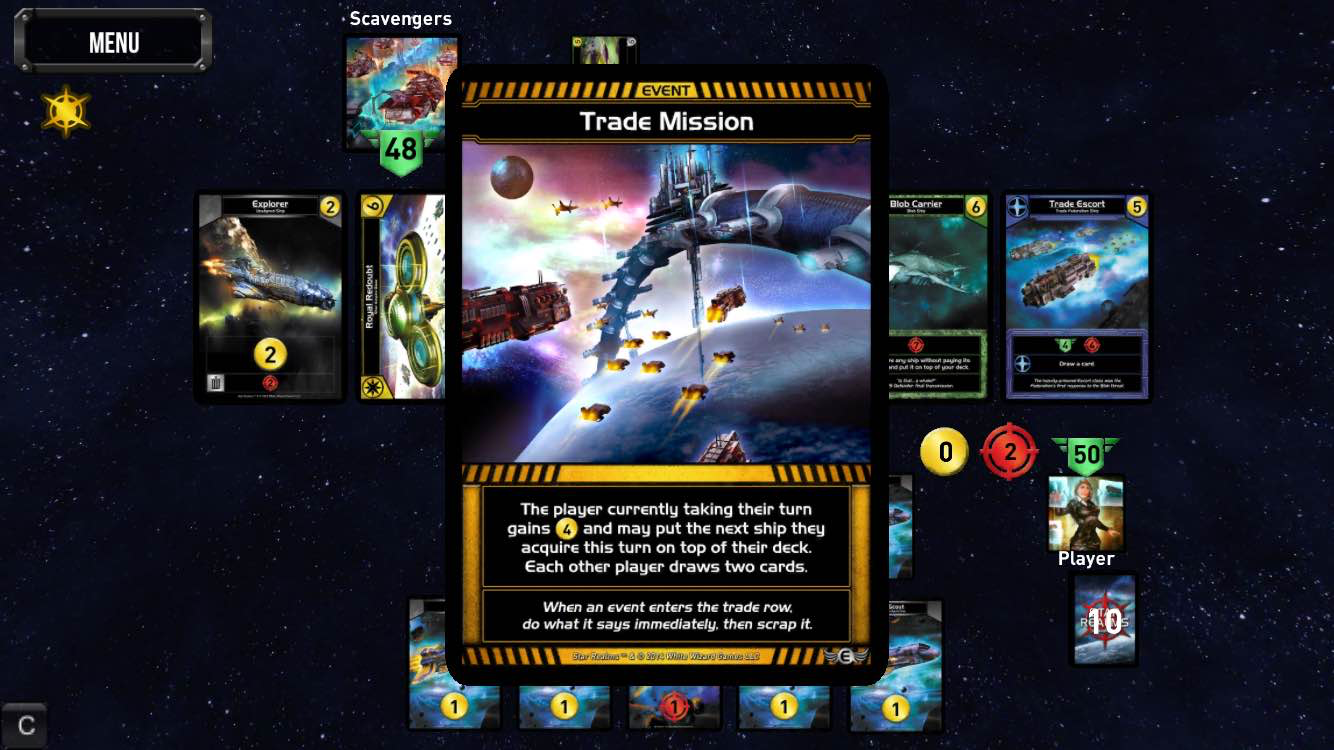 Space is home to a multitude of epic events and cosmic phenomenon. Even the mightiest of star ships seems insignificant in the face of supernovas, black holes, and comets.

Play with these 12 new event cards with this exciting upcoming expansion:

Soon you and your opponents will experience the gamechanging power of events!

Due to the cost of the air shipment, these will be more expensive than the suggested retail price. For those that pre-ordered via the Epic Card Game Kickstarter, yours will be shipped out by the end of next week at no extra cost. 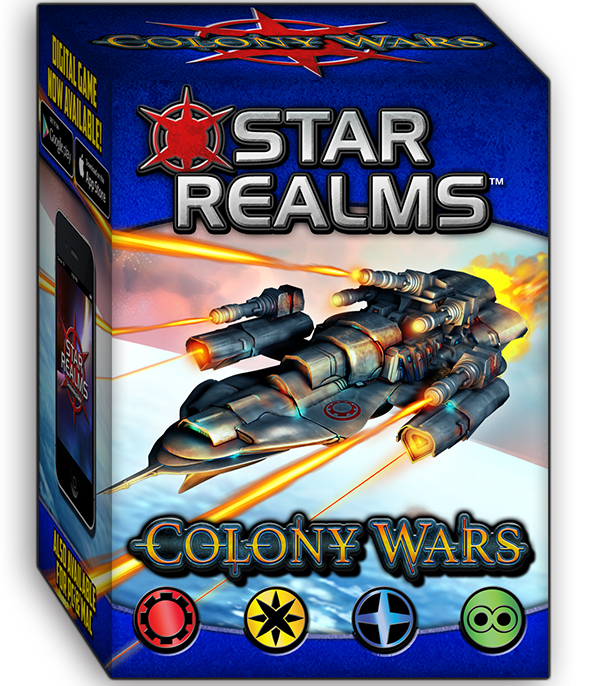 Colony Wars is a stand-alone expansion for the Star Realms deckbuilding game. The newly-discovered outer worlds, with their rich, untapped resources, are tempting targets for those seeking to expand their power. Now, the scramble for control of these unclaimed territories begins.

Designed by Magic: The Gathering Hall of Famers Rob Dougherty and Darwin Kastle, Colony Wars can be played as a stand-alone 2 player game or combined with the original Star Realms Deckbuilding Game to support an additional 1-2 players. This box contains a complete 2 player game with rules and 128 cards, including an all new 80 card track deck.

Cosmic Gambit is a new 15 card expansion for Star Realms. In the cold, unforgiving battlefield of space, a cunning Gambit can prove to be the most powerful weapon in your arsenal. This pack contains 15 cards for use with the Star Realms Deckbuilding Game and/or the Colony Wars expansion.

Colony Wars and Cosmic Gambit will be available in your local game stores at normal retail pricing around February 2016.

BattleBin is a monthly subscription box for gamers that delivers game night in a box for only $30 a month. In this month’s bin you get a copy of Star Realms, an exclusive Star Realms playmat, and more! Signup today at www.battlebin.com.

We now have new How to Play videos and a complete rules tutorial on our YouTube Channel!