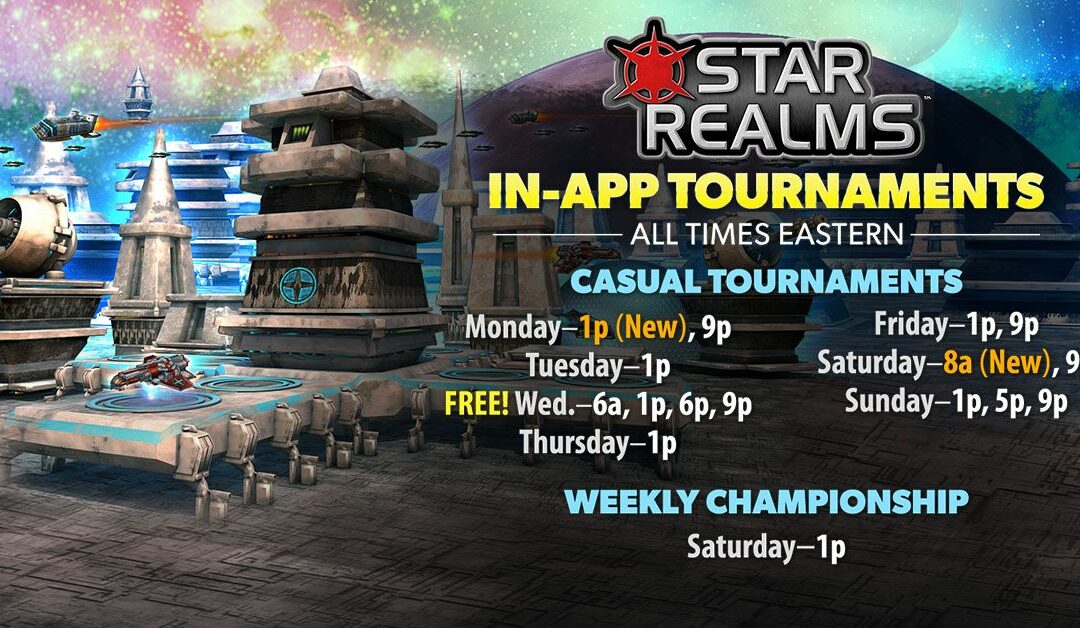 We will be adding three new formats to our Star Realms digital tournament line up! We will be changing the format of two of our current weekly events and adding a completely new event to our weekly schedule. We are also changing the time on our Saturday morning Colony Wars event from 6am EST to 8am EST.

Our new event will be at 1pm EST on Mondays. This will be a format focused on using missions.

We will be replacing our event on Tuesday at 1pm EST with an event using the second new format: Armada. This format consists of every set that is made up of entirely ships and bases. Lots of variety, but without the surprises or complexity of other more exotic card types.

We will be replacing our event on Sunday at 4pm EST with an event using the third new format, which features gambits. This will the three standalone sets, plus both gambit sets. This keeps the skill focus on the gambits, while having the small play wrinkles that come with Colony Wars and Frontiers.

These changes will take effect starting on Monday October 11. If you haven’t tried your luck at a Star Realms tournament yet, I encourage you to try them out. If you have, we hope you’ll check out these exciting new formats!