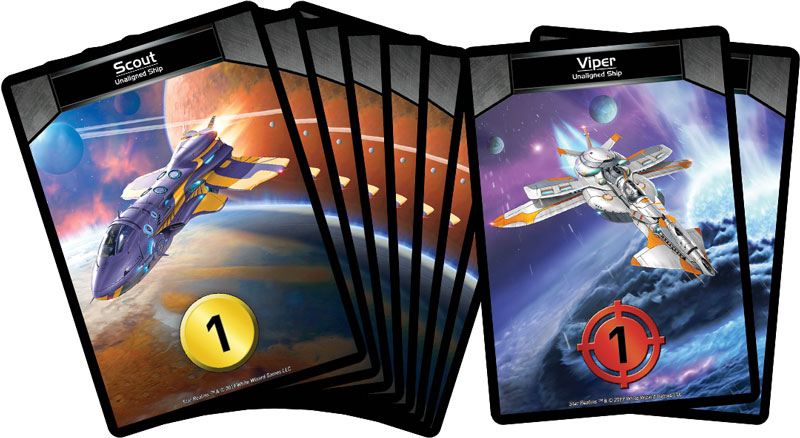 Winner Becomes a Card in the Game! 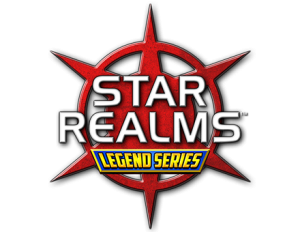 Registration has closed. Good luck to our participants!

Participants must have the Star Realms digital app with the Base Game (Full Version), Colony Wars, and Frontiers unlocked.

To Register: Purchase a 2020 Star Realms Legend Series ticket for $5 here. You will need to provide your Star Realms username and your email address when you register.

You must have a Discord user account before the tournament. When you join the server, please change your profile nickname to your in-app username. You must join the Wise Wizard Games Events Discord Server for real-time communication and assistance during the tournament. Note: We have decided not to require players to submit authentication codes on Discord for this event.

You must have a Battlefy user account before the tournament. It’s okay if your Battlefy username does not match your Star Realms username. You’ll use our Battlefy tournament page to view the list of participants, pairings, standings, and to report your match results. We will not be using Battlefy’s private messaging or announcement features.

If you are new to Discord or Battlefy, you must familiarize yourself with them before the event.

*The digital alt-art Scouts and Vipers will replace the regular-art cards in your starting deck (8 scouts and 2 vipers) for your corresponding account in the Star Realms Digital App. The alt-art versions are exclusive to this event and other large tournaments in the future.

This tournament will be played in the Star Realms Digital App.

This tournament will consist of a number of swiss rounds (based on attendance) followed by a cut to a single elimination top 8.

Each round will be a one-game match during the Swiss round and best 2 out of 3 games in the top 8 rounds.

Each round players will be instructed as to which sets they are using that round. They will be using one or a combination of: the Base Game (Full Version), Colony Wars, and Frontiers.

The tournament matches won’t be timed, but players are expected to play at a reasonable pace. The winners must promptly report their match results on Battlefy. When each round begins, player A (the left/top player in the pairings) must issue a 48-hour challenge to player B (the right/bottom player in the pairings).

Post to the Star Realms Event Chat channel on Discord whenever:

How to Use Battlefy

In the Preliminaries bracket (Swiss matches), pairings are displayed in table columns. The left player must issue a Challenge to the right player in the Star Realms app. The winner must report their match scores via the tournament page under Brackets > Preliminaries > [select round number] > [select your match].

In the Finals bracket (elimination matches), pairings are displayed in a horizontal tree. The top player must issue a Challenge to the bottom player in the Star Realms app. The winner must report their match scores via the tournament page under Brackets > Finals > Matches Button > [select your match].

The winners must promptly save their match results using the red “Report Score” button on their match page. Players are not required to take screenshots.

Note: All tournament structures and prizes are subject to change at the sole discretion of Wise Wizard Games.