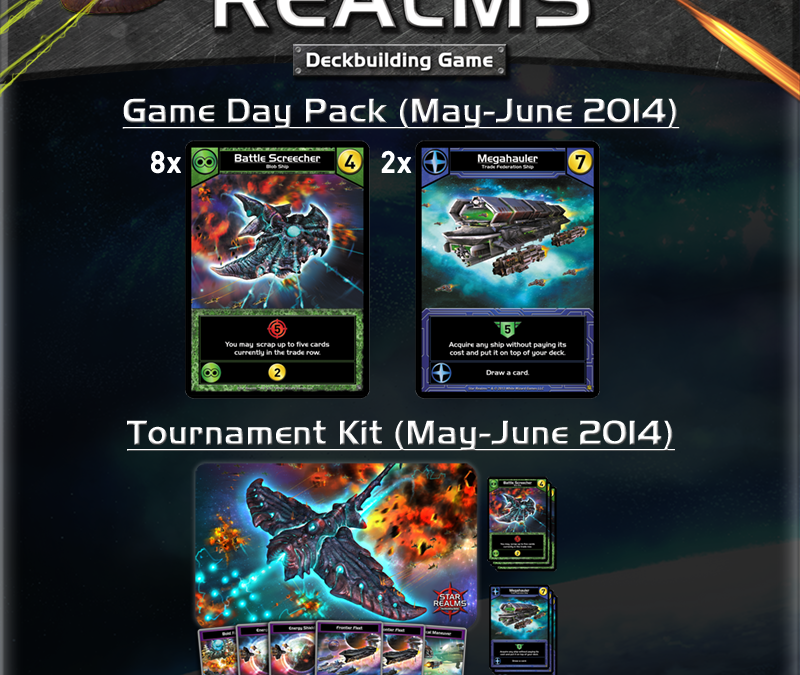 Hey gang, its been awhile since our last blog update. For those of you who haven’t been following us on Facebook  and Twitter, there’s been lots of exciting news in the last few months.

The first round of game day and tournament kits have been sent out to stores, letting Star Realms fans battle for exclusive promo cards and playmats previously only available to Kickstarter backers. Have your local game store contact their distributor to start setting up organized play in your hometown. Due to demand, supplies are currently limited, though a reprint is on the way! 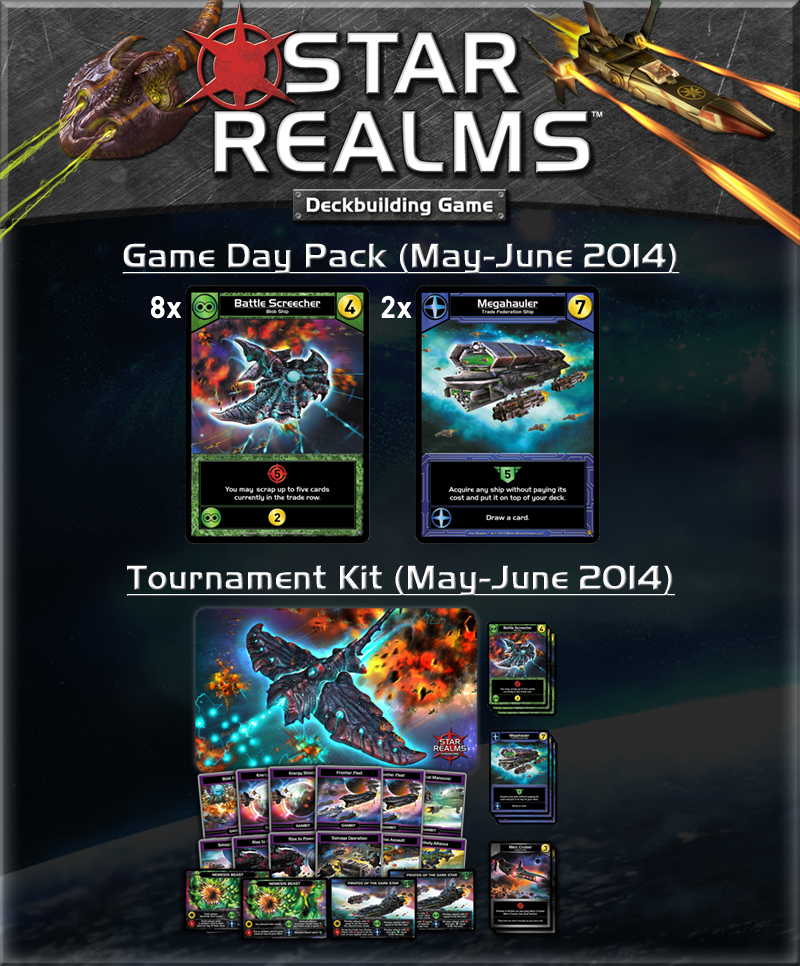 Contents of the tournament kits.

Star Realms has proven to be a smash hit, though it means we’ve rather quickly run through the game’s first printing. A second printing is already underway, and will hopefully be available sometime in July. The second printing is identical to the first, save for some minor copyright corrections. We’ve also listened to your feedback on how the Authority cards can sometimes be hard to  manage, and we’ve added symbols to the corners to hopefully make them a bit easier to use (though a pencil and paper is never a bad option either!) 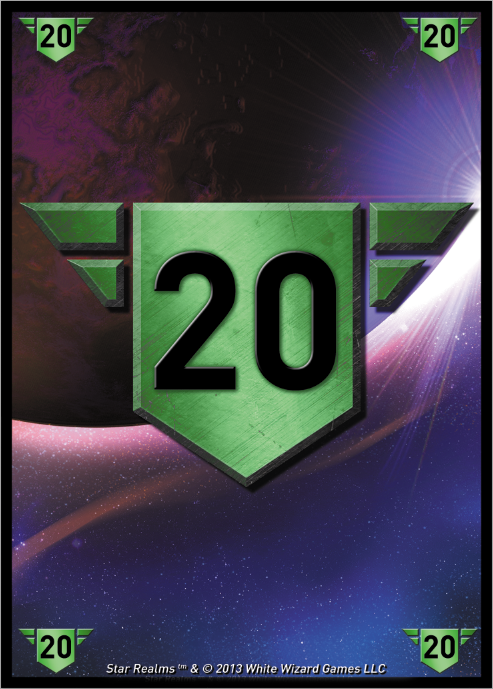 The new and improved Authority tracker.

We’ve all been hard at work perfecting the Star Realms digital game, coming soon to iOS, Android, PC and Mac. Many of our Kickstarter backers are loving the beta, and we’ve been having a blast playing Star Realms against our loyal fans (feel free to issue a challenge to “Vito” and prepare for destruction!). We now have some details on what the final game will include. 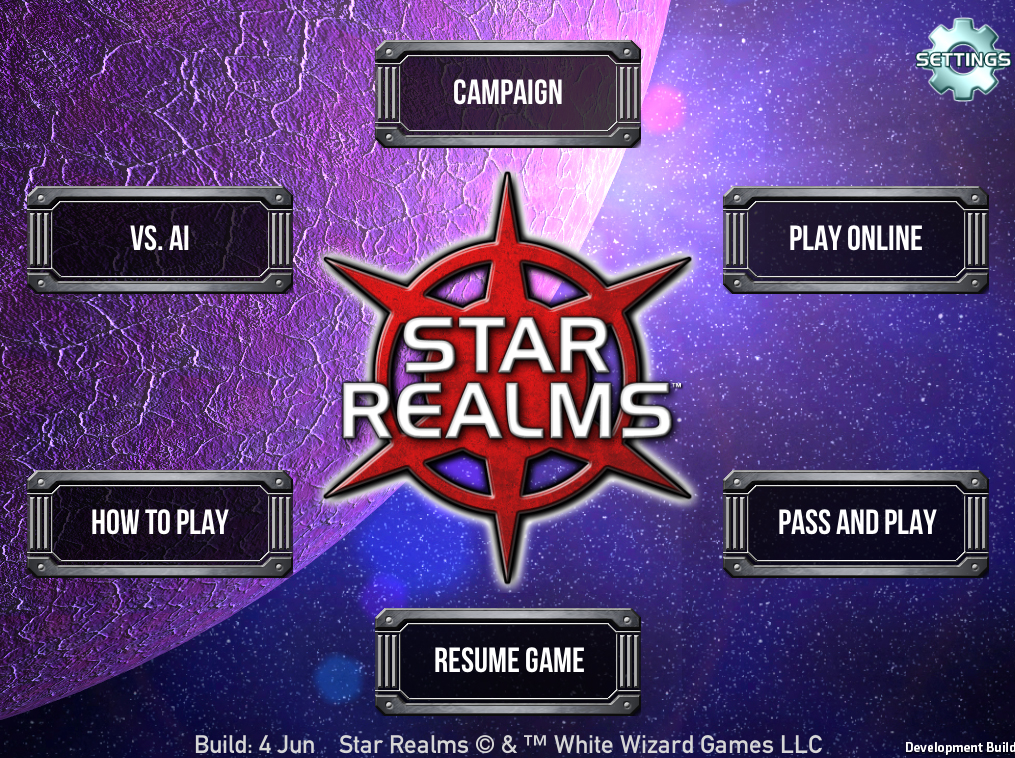 To help promote the game, the Wise Wizards Game crew will be hitting up four of the most popular game trade shows around: Origins Game Fair 2014 in Columbus, Ohio (Jun 11-15), Gen Con 2014 in Indianapolis, Indiana (Aug 14-17),  PAX 2014 in Seattle, WA (Aug 29 – Sep 1), Spiel 2014 in Germany (October 16-19). At each of these shows we’ll be bringing along an exclusive alternate art promo card. Origins is just a week away, so here’s a preview of what you’ll find inside the official Origins coupon book:

I’m excited to announce… what’s that? All out of time? Oh well, we’ll have to save this topic for another date. Enjoy conquering the Star Realms my gaming friends!