In the cold, unforgiving battlefield of space, a cunning Gambit can prove to be the most powerful weapon in your arsenal. This expansion contains 9 all-new Gambits, as well as 16 new Promo ships and bases for use with the Star Realms Core Set and/or the Colony Wars expansion. 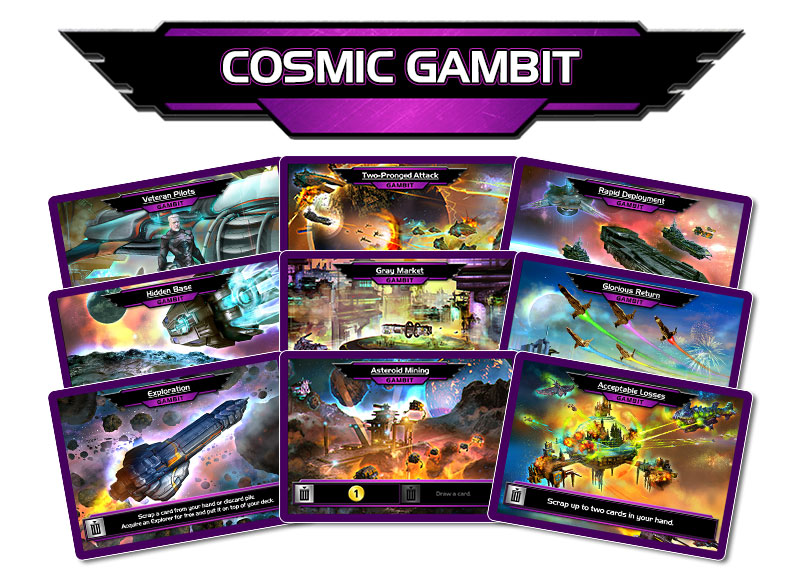 Victory awaits him who has everything in order…luck, people call it. – Roald Amundsen

Harness the fortunes of war, and take advantage of the tranquility of peace.  Master your fortunes and rule the cosmos!

The second Gambit expansion works like the first: two gambit cards are dealt to players at the beginning of the game (when combined with the original Gambits, players will be dealt one of each). Players keep their Gambit cards in front of them until they choose to use them. Some of the Cosmic Gambits have two abilities! 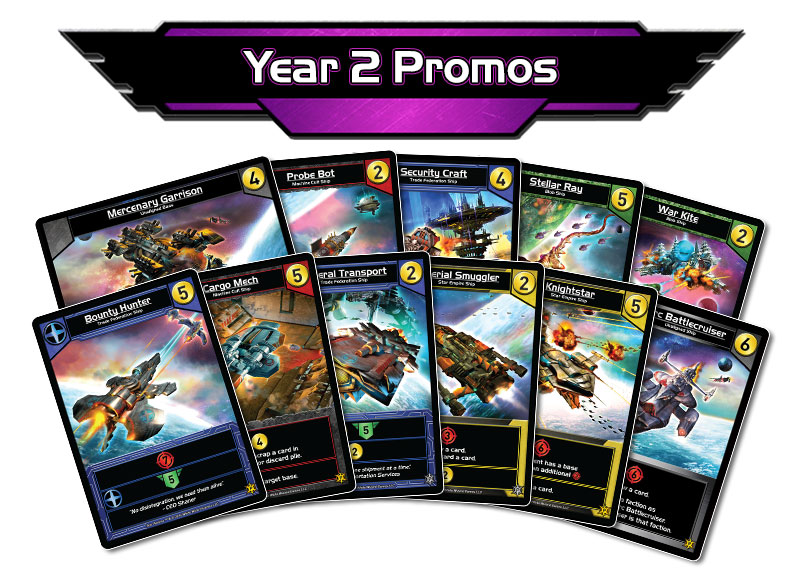 The ships and bases that come with the digital Cosmic Gambit Expansion are ships that will be (or were) given away at tournaments and events as promotional cards. Highly sought after, these powerful cards add more variety to the trade deck, and can be used together with the Gambit cards, or separate.