Wise Wizard Games is proud to announce the Legend Series, a series of tournaments which will be taking place all year long across the globe. Players will have a chance to compete to become a character in the Star Realms universe.

How would you like to become a ship Captain, an Admiral, or a High Priest in the Star Realms universe? The name and likeness of the winner of each tournament will be appear on a card in an upcoming set. Winners will need to provide a photo to our artists to reference. You can also choose to have a ship or location named after you if you prefer. 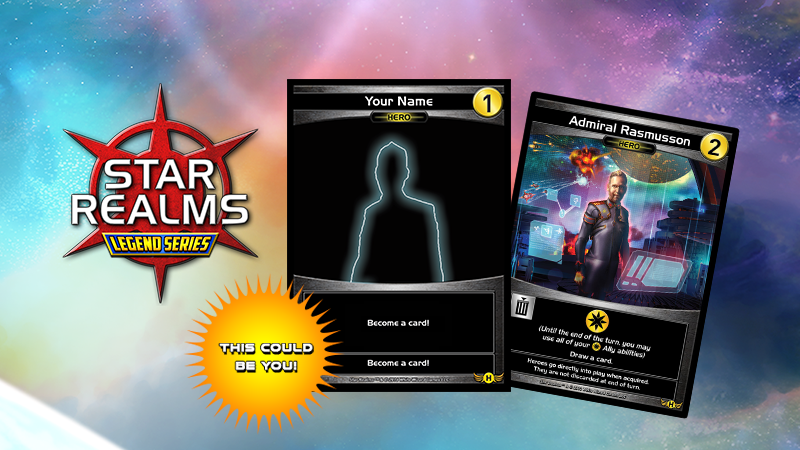 We have already scheduled four Legend Series tournaments and we are considering additional convention locations (see below).

If you are interested in organizing a Legend Series tournament at a specific convention that is not on this list, please email events@wisewizardgames.com. If you are a store owner and are interested in running casual Star Realms events to help players prepare for Legend Series, please refer to how to run a Star Realms Tournament. Listen to the latest episode of the Megaulin podcast to hear more.