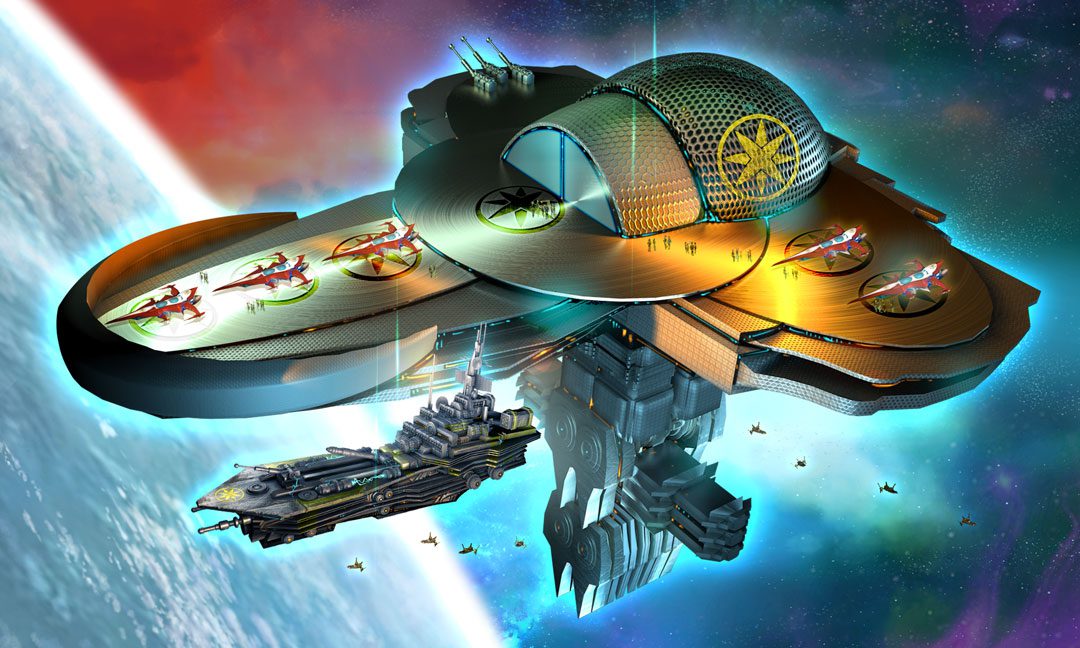 Some of the Arena scenarios bring huge, massive changes to the fundamental nature of the game. Like last week, when Rushed Defenses completely changed the beginning of the game. Then we have weeks like this one, where the scenario rule is very subtle. Informed players will carry the day, and I am here to help. My loyalty is not for sale — I am loyal to every Star Realms player who reads my articles — but this week, the loyalties of every faction can be had on the cheap!

The Loyalty for Sale scenario rule shows that everybody’s got a price.

When a player acquires a card, they trigger Ally abilities of that same faction (if they haven’t been triggered before).

We’re playing with the Colony Wars starter, along with Crisis: Bases and Battleships. Trade decks begin with just 92 cards this week, meaning the common cards are going to show up frequently.

The only technical notes this week are for Mega Mech. It has the ability to return a base to its owner’s hand. Many new players will do this because it allows them to attack their opponent. Unless you are going to win the game that turn, this is not a great plan. Instead, return one of your own bases and then play it right away! You get the main ability again, and can ally it again as well! 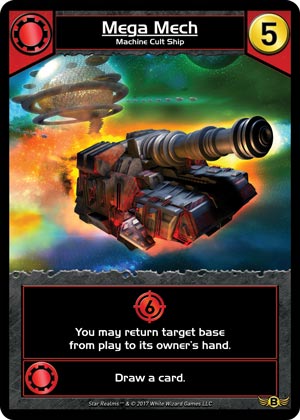 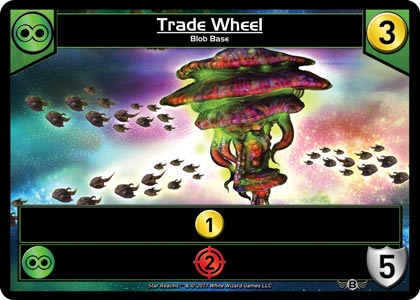 One other technical note, and this is about Mega Mech in general: If you use it to return one of your own bases that has a Machine Cult ally ability, that ability won’t trigger when you play Mega Mech. Ally abilities on your other cards are triggered after you play a card and it resolves.

You will be buying important cards all the way down to the final turns of the game. Because of the Colony Wars starter and its buy-to-hand cards and abilities, you already should plan to have slightly more trade in your deck than you would with the Core Set starter. But this week, with this scenario, trade matters even more.

In most of my games this week, I began purchasing trade in any form, including going to 3 or even 4 colors when necessary. It’s ok – we’ll make up for the lack of cohesion later with the scenario rule.

For my money, it was the Trade Federation that had the best ally abilities on common and uncommon cards in the format. (Authority gain and card drawing will always get my attention.)

Otherwise, stick to the basics.

Most of the cards keep their value pretty much the same as is non-Arena games. Trade row scrapping is slightly more important than normal, so you can go digging for a card to trigger an ally ability, but that is offset by the Blob’s blasé ally abilities on their common and uncommon cards. More so this week than in most, sticking to the basics should serve you well. Find a strategy, be sure you stock up on plenty of trade early, and you should be fine.

It is a small article this week because it is a small format. Stick to the basics, but be a little bit looser with you purchases. I’ve come back from large deficits because I was able to hang around and make those Trade Federation abilities trigger. Whichever path you choose this week, I wish you the best of luck getting your 6 wins. This week’s foil is absolutely amazing — Orbital Platform never looked so good. 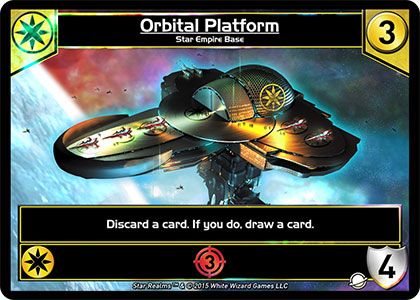