We are way overdue for an update on Star Reams. We have been heads down getting ready to launch our newest game, Epic Card Game, on Kickstarter today (over 100% funded on Day 1 THANK YOU!!!), but we also want to make sure you know that we have some fabulous news about Star Realms too!!!

We want to thank all of our fans for their support. It is your loyalty and love for Star Realms that led to an amazing number of awards and nominations for Star Realms: 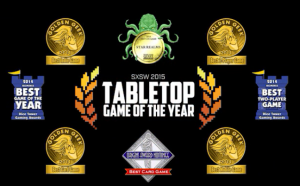 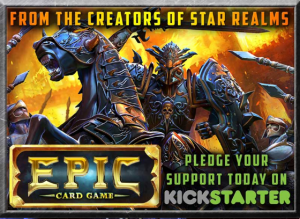 Many of our fans really wish they had backed Star Realms on Kickstarter, so we wanted to make sure that you knew about the launch of our newest game, Epic Card Game, on Kickstarter. Epic packs all the amazing game play and beautiful art of a trading card game in one little box at an unbelievably low price. A single $15 box of Epic allows up to four people to play draft or sealed again and again with great game play every single time. Check out our video and see why we have already been funded over 90% (so far…) since launching our Kickstarter campaign this morning.